If you’ve recently noticed that you’re getting more spam text messages, you’re not the only one. In 2020 alone, the Federal Trade Commission received 334,833 complaints about scam texts. Unfortunately, it doesn’t look like this spam and scam trend will let up anytime soon. In fact 2021, Americans are on track to receive 86 billion total spam texts—a 55% increase from 2020.

Receiving spam texts can be frustrating. They’re becoming more common since scammers now realize that most people open all of their texts. That’s why it’s important for you to learn what’s going on and take your own steps to control them.

In this guide, we’ll walk through your spam text senders’ motivations—and help you on your way to stop receiving so many of them.

Spam texts are any unwanted or unsolicited messages sent to your phone. These can be messages that make no sense, including gibberish words or sentences. Alternatively, many spam texts mimic messages from a legitimate company, asking you to log in to their fake sites through a link or create an account with them to access a free gift. Even businesses can receive spam texts from disgruntled customers or former employees.

It’s important to understand who is sending these messages. Spam texts are often sent by illegitimate businesses or individual scammers—people who fraudulently take money or other goods from another unsuspecting person. These messages aren’t usually sent from a phone; they’re usually sent from a computer via an email address or instant messaging system.

Scammers send texts to people because they want to trick you into giving them critical data, from your email password to your Social Security number. By getting a hold of your personal data, they can access your shopping and bank accounts with the ultimate goal to steal your money—and even your identity in some cases.

They are occasionally successful. In 2021, Americans are expected to suffer from financial losses of $101 million due to spam texts alone.

Plus, while spam texts are on the rise now, they haven’t always been as common, meaning that people receiving spam texts are more likely to open them.

Why You’re Getting Spam Texts

It’s nothing you’ve done or signed up for that’s causing the influx of spam texts. Data breaches are growing more common as our technology advances. There’s a chance you may have been part of one, and information stolen in data breaches can include your phone number. Cybercriminals may sell this data on the dark web, where scammers looking for people’s data to steal can purchase it. (The dark web refers to secret internet sites only accessible by people with a specialized browser.)

Scammers may even pick through your trash to find old bills of yours that include your digits. There are also people search sites, where scammers can get information about everything from your phone number to your past home addresses.

The Bottom Line: Why Am I Getting Spam Text Messages and How Can I Stop Them?

As we detailed above, it’s a combination of efforts that’s causing the increase in spam. Scammers will go to great lengths, from surfing the dark web to digging in your trash can, to acquire people’s phone numbers and start sending them texts.

But if someone is sending you spam texts, that doesn’t mean you have to keep receiving them. That’s your right under the Telephone Consumer Protection Act (TCPA). Back in 2018, the FCC ruled that carriers can block texts they identify as spam, which they do—though clearly some make it through the cracks.

There are also multiple ways for both individuals and businesses to stop spam texts. You can:

Now that you understand why you’re getting these texts, you know how important it is that you don’t fall for any scamming tricks—and that you take steps to stop spam.

Mitch Patin
Mitch Patin is a Product Manager at Heymarket. Collaborating with the entire Heymarket team, Mitch works to expand how businesses use messaging by bringing new tools and functionality to the platform. Before joining Heymarket, Mitch founded his own startup focused on simplifying the B2B payment collection process. He also brings product and engineering experience from Bolt and GE. When he’s not sketching up product ideas, you’ll find him at the park playing pickleball. 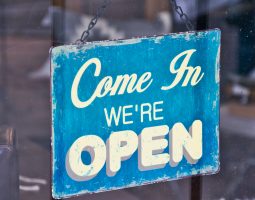 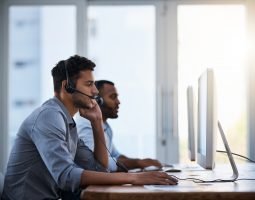 Let's get this conversation started. Tell us a bit about what you're looking for and schedule a meeting with one of our advisors to learn more about our Enterprise packages.

Let's get this conversation started. Tell us a bit about yourself, and we'll get in touch as soon as we can.